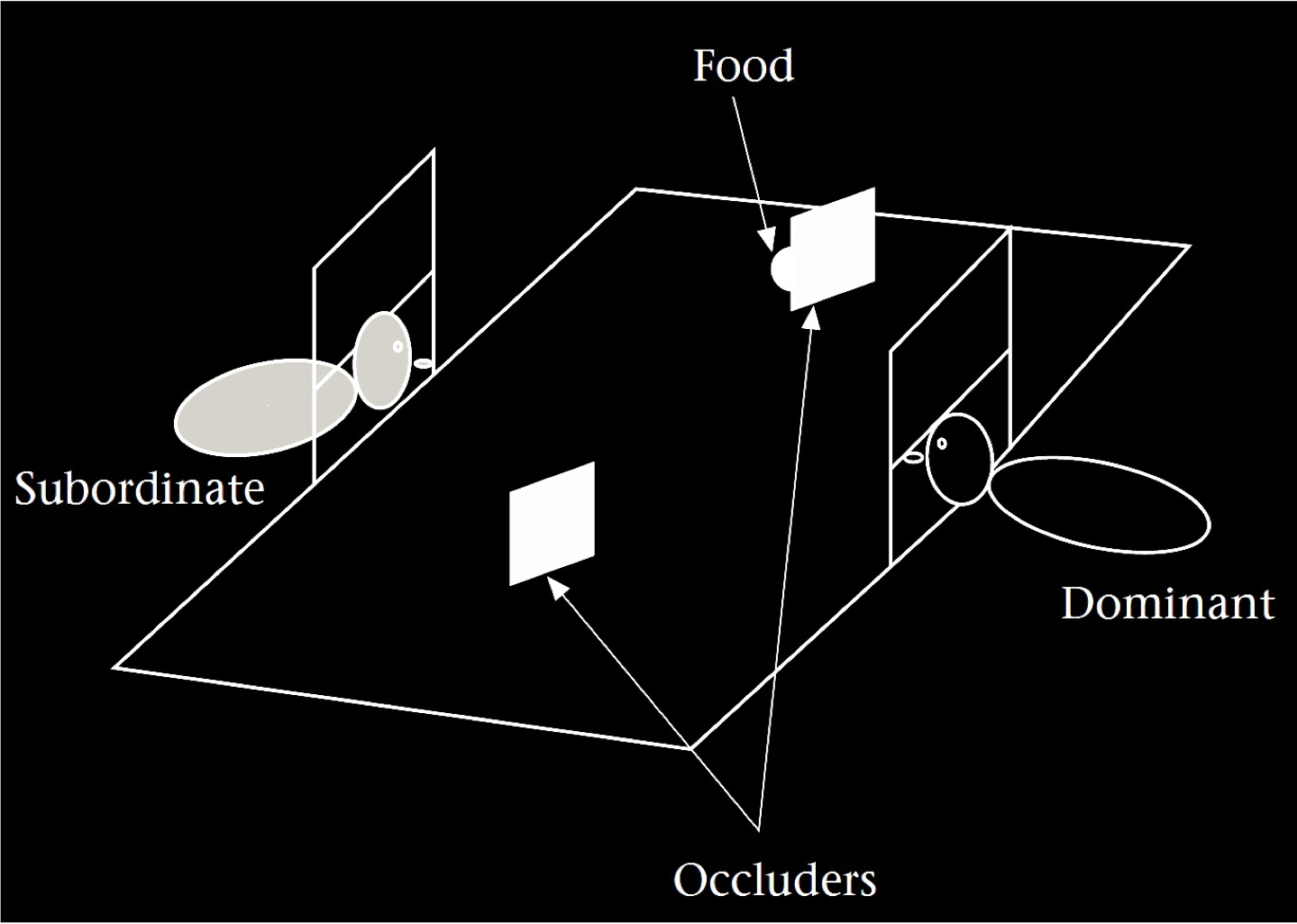 In this experiment by Brian Hare and colleagues, a subordinate chimpanzee makes predictions about a dominant chimpanzee’s ability to retrieve food. They found that the subordinate’s predictions take into account whether the dominant’s view was blocked while the food was placed. This could be explained by the Third Principle. For the subordinate to predict that the dominant will not be able to recover the food, it is sufficient to think: because the dominant did not encounter the food, she will not be able to retrieve it.
‘In informed trials dominant individuals witnessed the experimenter hiding food behind one of the occluders whereas in uninformed trials they could not see the baiting procedure. In misinformed trials, dominants witnessed the experimenter hiding food behind one of the occluders, and once the dominant’s visual access was blocked, the experimenter switched the food from its original location to the other occluder’ \citep{Hare:2001ph}. 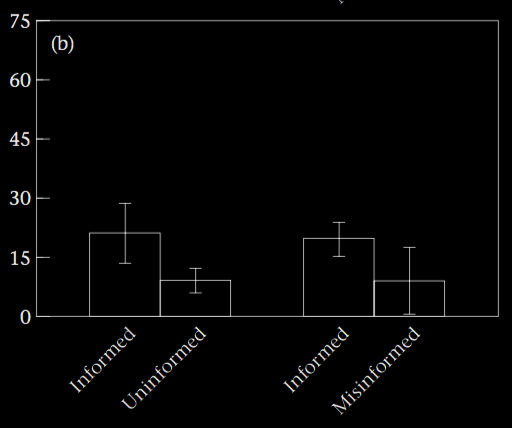 ‘Mean percentage ±SE of ... (b) trials in which subordinate subjects chose not to approach as a function of whether the dominant competitor was informed, uninformed, or misinformed about the location of the food in experiment 1.’
We need to talk about how to evaluate, and write about, scientific research. Consider how the results of Experiment 1 is reported 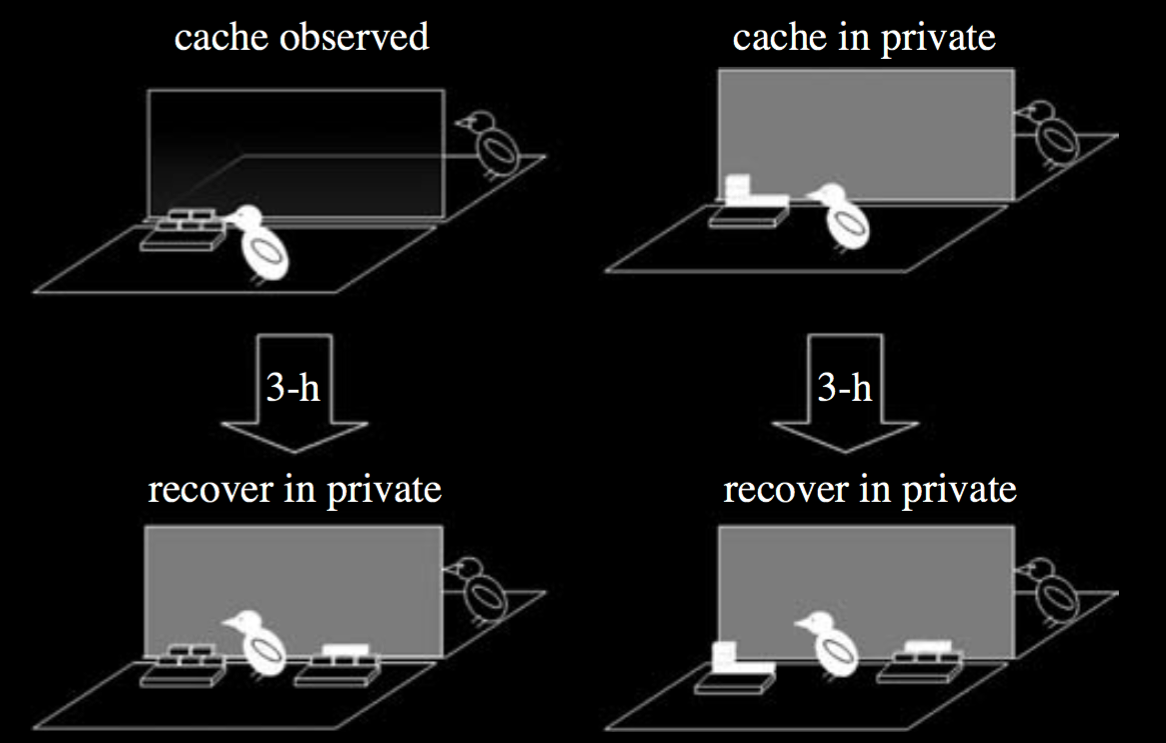 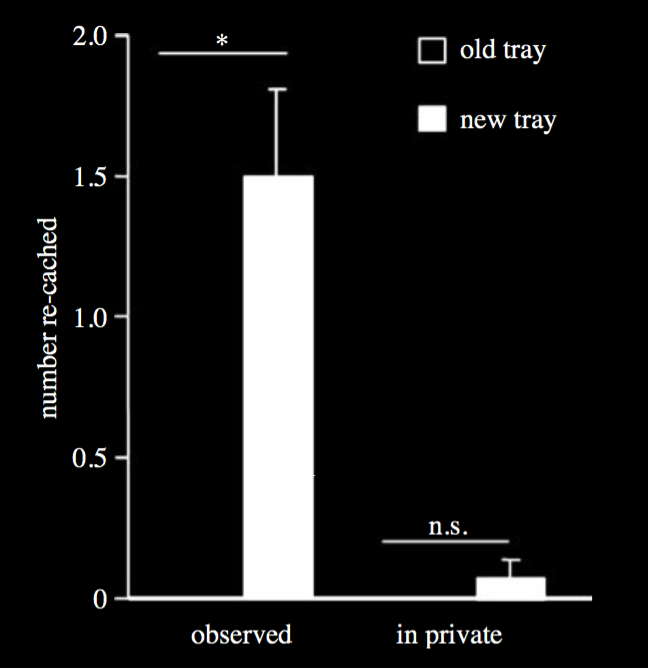 ‘the jays were much more likely to re-cache if they had been observed by a conspecific while they were caching than when they had cached in private. By re-caching items that the observer had seen them cache, the cachers significantly reduce the chance of cache theft, as observers would be unable to rely on memory to facilitate accurate cache theft’ \citep[p.~516]{Clayton:2007fh}. 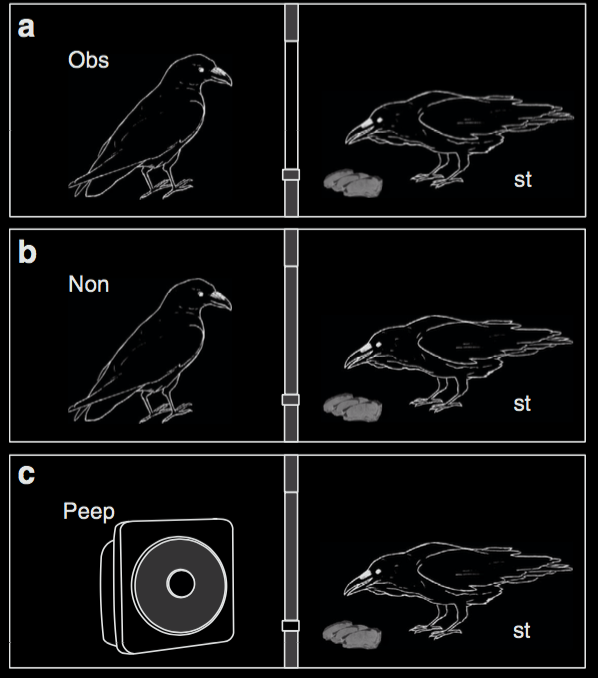 First show that window open vs window closed affects caching behaviour. Then familiarise ravens with the peephole, letting them use it while humans cache and letting them ‘steal’ the human-cached food. Now test them by allowing them to cache when there’s apparently (from the sound, which is actually a recording) a raven on the other side. 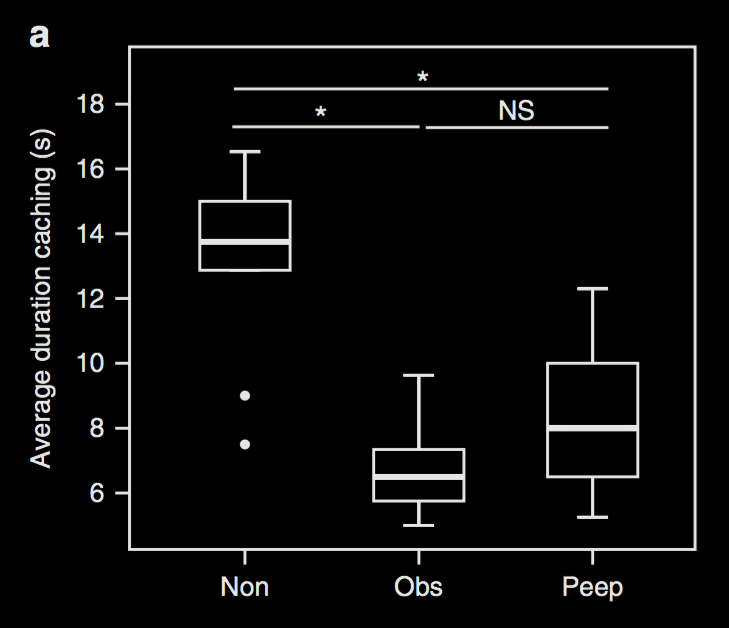